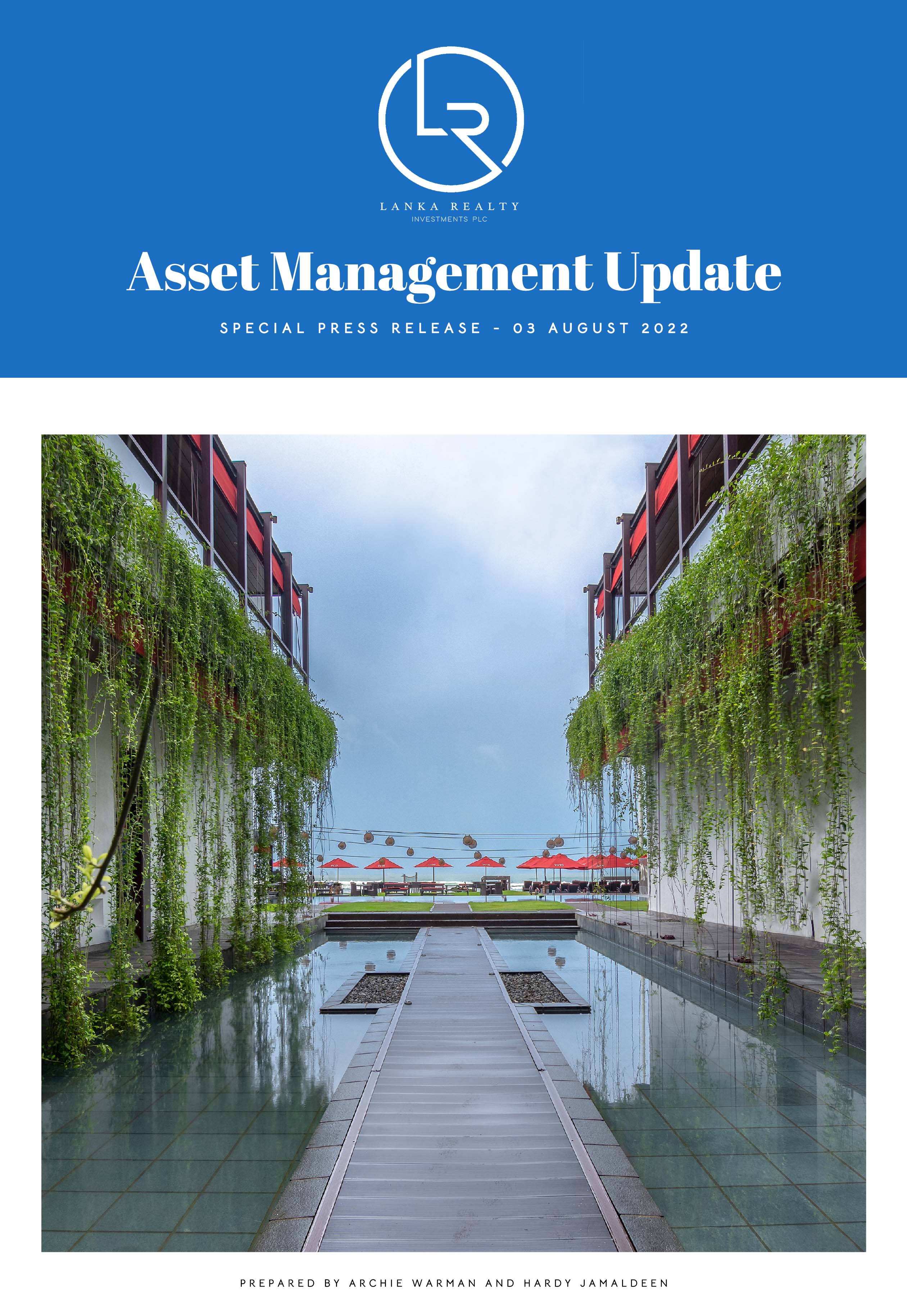 The leader of the house and a member of parliament, Dinesh Gunawardena from the Sri Lanka Podujana Peramuna, who was the former minister of Public Administration, Home Affairs, Provincial Councils, & Local Governments was sworn in as the Prime Minister of Sri Lanka under the presidency of Ranil Wickremesinghe. Thereafter, an 18-minister interim cabinet was formed. However, worryingly an all-party government could not be formed as the parties could not come to a common consensus.

There was no further civil unrest after the appointment of the new President. However, protestors were removed from the Presidential Secretariat office, its main entrance and around the office in the Colombo Fort. Following this, a tense situation prevailed in the early hours of July 22nd. We think much will depend on the delivery of fuel and gas to the general public. If the mobility pertaining to everyday living is assured, we think the general public will accept the incumbent President and the Country can move forward. In order to control the fuel queues and for efficient distribution, the Power and Energy Ministry launched the National Fuel Pass, where people can register through an online portal in order to receive a weekly fuel quota.

Staff-level discussions with the IMF are ongoing with officials within the Government of Sri Lanka and their advisors Lazard & Co and Clifford Chance. An announcement from the IMF will only be made after the debt restructuring negotiations have been concluded, and as such, a proposal for the debt restructuring was to be presented by August to obtain an Extended Fund Facility (EFF) agreement.

The figures constantly change, however Sri Lanka hopes to receive a total of USD 3 billion from an EFF agreement. Experts are of the opinion that Sri Lanka will need USD 7-8 billion per annum during 2023-26 period from an IMF agreement. Analysts expect to see a recovery in remittances and tourist inflows along with FDIs from 2024 onwards.

In early July, the IMF announced that it hoped to resume high-level discussions; however, on July 25th, these procedures were halted and delayed due to the high levels of unrest that took place. Hence a precise time frame cannot be predicted for the IMF drawdown.

The current lending facility rate stands at 15.5% as opposed to 14.5% in April of 2022 as the Central Bank of Sri Lanka (CBSL) further increased their policy rates by 100 bps. The LKR one year bond provides a yield of 26.5%.

Between April 2022 and June 2022, inflation increased by 33.8% to 58.9%. In May, the CBSL suspended open account transactions for imports; this is expected to create a significant shortage of commodities in the coming months. Banks have been further requested to prioritize the allocation of forex for essential medicines, food items, fuel and gas imports.

Gross official reserves, as at end June 2022, were estimated at USD 1.9 billion, including the swap facility from the People’s Bank of China equivalent to around USD 1.5 billion, which cannot be used as it is subject to conditions. Additionally, the Sri Lankan Rupee has depreciated by 20.4% from LKR 299 to 359.88 per USD during the quarter ended June 2022.

Hardy and I would like to report that the consolidated revenue increased by 263% to LKR 491 million | USD 1.36 million in the quarter ended 30th June 2022 compared with LKR 135.3 million | USD 0.37 million in the corresponding quarter ended 30th June 2021. The improved revenue was predominantly due to the increased contributions from Mulberry residential apartments, increase in rental income from HQ Colombo and Unity Plaza. Unfortunately, due to the current situation in the country a significant contribution has not been made by the leisure properties to our total revenue.

The Group incurred a loss of LKR 235.4 million | USD 0.65 million for the June 2022 quarter compared with the loss of LKR 71.7 million | USD 0.2 million reported in the corresponding quarter of the previous year. A substantial portion of our revenue comes from unit sales at Mulberry Residencies. Correspondingly 43% is attributed to our operating cost. We can expect an improvement in this margin upon the continued sale of the residue stock and the completion of the project in December.

Our interest rates have increased significantly by c. 18-24% compared to the previous quarter . Most of our debts are pegged to the AWPLR and we expect an increase in the finance cost due to the tightened monetary policy.

We are currently awaiting the new valuations of On’ally PLC to be approved by the Board to finalize LRI's financials.

We have achieved an average price per sq ft of LKR 1,100 | USD 3.05. We are pleased to report that we have signed 3 new lease agreements and 1 lease renewal during the quarter. Rental arrears as at 30th June 2022 was LKR 34.1 million | USD 0.09 million. Upon revising the property’s ERV, we will see a 52% increase in the annual rentals in the forthcoming financial year.

Furthermore, funds available are invested in money market instruments and fixed income securities in order to benefit from the rise in interest rates.

The civil work necessary for the installation of the glass façade is under way. The total of the material cost is LKR 67 million | USD 0.33 million. November is the anticipated completion date for the project. Furthermore, the new valuation is yet to be approved by the Board, and as such, accounts for the financial year ended 31st March 2022 is yet to be finalized.

We are pleased to inform that 87% of the space is occupied. All of the rent-free periods offered to tenants as incentives have ended. As of June 30, 2022, there was LKR 14.1 million | USD 0.04 million in rental arrears. The Lease Agreement with Skyparc was signed during the quarter, and a new rent record was set at LKR 577.74 sq ft pcm / USD 1.6 sq ft pcm.

Click here to view the 3D virtual tour of the property.

Further, we increased the service charge for the provision of fuel for the generator and we are pleased that the tenants have accepted the increase.

We are creating HQ's retail presence on the building's rooftop. We are pleased to announce that the steel roof structure, which cost LKR 2 million | USD 5,539 in total, is complete. This space will allow the tenants to have some outdoor space and dine on the rooftop with scenic views of Colombo. We think this will improve HQ’s overall offering.

Affordable housing for the people with convenience

The sales campaign is going well and 88 flats have been sold so far (73%). We have signed 85 Sales & Purchase Agreements out of the 88 units sold.

Click here to view the 3D virtual tour of the property.

To combat inflation, we have raised prices on two occasions, initially by 17% in January and a further 25% in April. Our sales staff has been successful in closing 23 units within the past six months. That said, the country's current economic position had a significant impact on the number of site visits that took place between April and June 2022 and accordingly, the average site visits per month stood at 8 (down 75%). This was predominantly due to the fuel crisis as travelling was restricted and clients were unable to visit the property. Encouragingly, we sold two units in July at the new prices and we hope to continue this progress into August and September. It has been muted that VAT will be introduced in October on apartment sales.

Power outages and supply shortages have had a significant impact on construction. These unforeseen circumstances resulted in us pushing back practical completion until December. However, I am pleased to report that we have managed to place deposits on the majority of the fixtures and fittings and therefore, have fixed the USD price on most imports.

The current economic crisis has a significant negative influence on Sri Lanka's hotel industry. In order to promote local sales and raise revenues and occupancy rates, we are continuing our marketing efforts.

In the first quarter of 2022, sales at our highest-earning leisure property, W15 Weligama, reached LKR 76.2 million | USD 0.21 million. We also noticed an improvement in occupancy rates due to factors including increased local and international travel.

However, occupancy rates have considerably dropped, resulting in this quarter's earnings of only LKR 30.2 million | USD 0.08 million.

Due to the political turbulence and civil disturbance that occurred on the island, our largest markets are now issuing travel advisories to tourists who want to visit Sri Lanka. There has been a significant decrease in the monthly average of tourist arrivals from 227,000 during the pre-covid period to 68,000 in 2022. Despite 126,043 tourist arrivals during the quarter ended June 30, Sri Lanka's already fragile tourism sector may get worse due to the current economic crisis and travel advisories against the country.

It is not viable to commence the Surf Retreat project in Ahangama until the economy stabilizes.

By way of reminder, we have W15 Ambalangoda and W15 Yala in the pipeline to launch when the market has recovered and tourism picks up.

The first phase (Colombo-Mirigama) and the second phase (Mirigama-Kurunegala) of the Central Expressway have been completed. On January 15, 2022, the project's second phase was made accessible to the general public. This will have a positive impact on Amtrad’s value as it is located with close proximity to the Expressway with improved connectivity and easy access to main cities in the country.

1,600 units in the development pipeline

We have obtained preliminary development permits from the Urban Development Authority (UDA) pertaining to the aforesaid landbanks and we look forward to developing or selling the landbanks when the opportunity presents itself.

The company would like to welcome our latest recruits, Kosala Weerasooriya, to our accounting team and Shamir Mohideen as our in-house photographer. We would also like to extend our congratulations and appreciation towards Johann Ratwatte, who has been recognized as the ‘employee of the quarter’ for his fantastic work as our Asset Manager.

In our journey towards the future, Lanka Realty Investments is excited to announce our newly redesigned and refined logo along with the launch of our new website at www.lriplc.com. 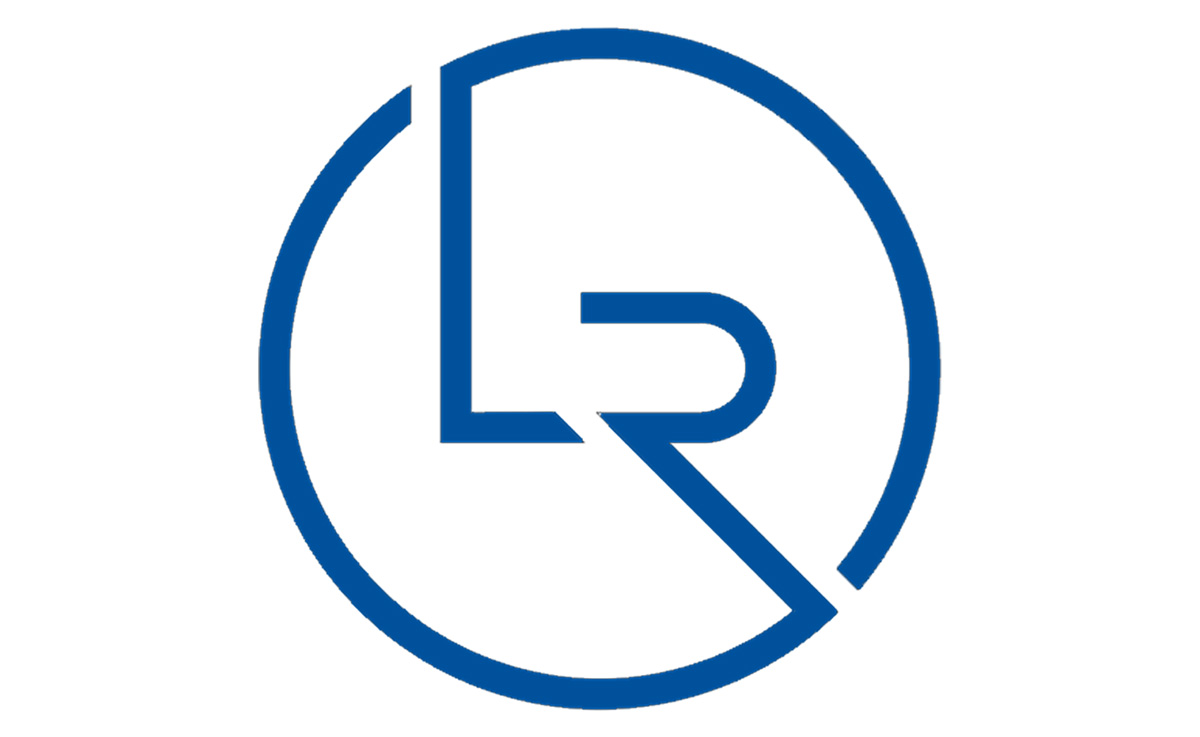 The new logo shows two parts of a circle. One part is the customer and the other the company. When these two parts unite, it forms one complete circle (two spaces separating the letters for easy understanding). The process of real estate results in an agreement with two parties coming together as one, which is represented by the two sections 'L' and 'R'.

Sri Lanka is going through an unprecedented time of crisis due to economic and political instability. The island nation is grappling with protests, a lack of fuel and gas, and an impending food shortage. Learn about the current political environment and the ongoing situation.

Currently, the island is grappling with an economic and political crisis. The current administration is being pressured by the people for solutions to the shortage of essentials such as gas, fuel and food, and foreign currency.